Do you know what makes Harry Potter one of the most popular fictional characters? One can argue between the ‘magical world’ or ‘fight between good and evil.’

But the most important reasons why people love the Harry Potter series is the presence of round characters. The characters of Harry, Ron, Hermione, Professor Snape, Malfoy, and Voldemort are developed over the course of many books.

Their feelings, personality, and history are slowly revealed. As we learn more about them, we see how different events are affecting them as a person.

The main character (Harry) has many dimensions to their personality, he undergoes personal growth and has motivations behind his actions – this makes the story more engaging since the reader can feel more invested in their journey.

You can also check out this 5-step process of character development to create a multi-dimensional character.

What is a Round Character?

A fictional figure with depth or a complicated personality is called a “round character.”

As readers discover so much about these characters, including their background, ideas, feelings, and personality qualities, they perceive them as realistic.

Such characters are more interesting to readers because they can empathize with them or feel more committed to their journey. The protagonist of a fictional work is frequently, though not always, a round character.

Round Character and Dynamic Character

A round character may or may not have a dynamic personality. For example, they could be significant characters and have a set of static views that do not evolve. “Roundness” refers to the character’s depth and dimension, therefore, does not call for transformation. 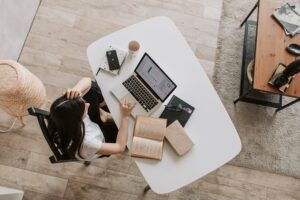 Characteristics of Round Character

To understand what is a round character, let’s review features that make a character complete:

Round characters should have believable personalities, behaviours, and personal goals.

Not all characters will be completely developed and rounded on the first page; some may begin as stereotypes but develop more nuance as the story continues.

The various parts of a round character’s personality are frequently progressively exposed to the readers, giving the portrayal more complexity and dimension.

By creating a comprehensive character profile, you can delve into the fictional cast and ask questions like:

Round characters are to deal with their share of internal and external conflicts. Their decisions and methods of problem-solving help to show their ideals and intentions.

These conflicts could manifest in several ways. It can be a colossal battle or a crippling existential crisis. The fact that the character has a stake in anything is important because it makes readers care about them emotionally.

It could be a failed love interest or an emotional struggle. These internal conflicts elicit emotional discovery and shed light on their desires.

While round characters may have certain extraordinary traits, they should also have some flaws and contradictions to keep from becoming predictable.

They engage readers’ interest and imagination as they conflict with others or themselves in believable ways that challenge their principles and encourage more introspection.

Round characters are meant to keep readers on the edge of their seats. Therefore, the inconveniences must be driven by the desire to reveal something new about the character. 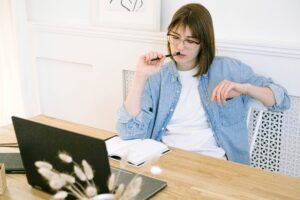 Examples of Round Characters:

Let’s examine examples to show how various genres create round characters and their personalities. This will help you understand what is a round character.

1. The Narrator in Invisible Man

Throughout the story, the anonymous narrator experiences social invisibility, constant humiliation from white people, and a lack of presence in a predominantly white society.

As a result, he struggles with his identity continuously, attempting to figure out where he fits in while also considering his commitments to larger political and social problems.

The movie Finding Nemo follows Marlin as he embarks on a quest to find his missing kid. Unfortunately, Marlin, the movie’s protagonist, has lost everything except Nemo.

As a result, he is overprotective of Nemo. Without saying so explicitly, this incident illustrates the root of the pair’s close relationship and Marlin’s protective and unsettling personality.

As he hunts for Nemo, Marlin encounters conflict throughout the movie. These incidents and the marine life he encounters influence his character, making him more cheerful and upbeat.

Hamlet is a multifaceted, complex protagonist; his monologues give readers a glimpse into his innermost thoughts and driving forces.

Due to his father’s passing, he experiences internal and outward problems with how he should respond. Hamlet frequently exhibits conflicting behavior, much like a real human.

At different points in the play, he acts as though he has both love and hatred for the character Ophelia. He may be careful or unsure in his inner thoughts, but he occasionally makes reckless choices. 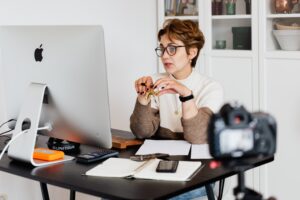 How to Create Round Characters in Fiction?

Think of the round characters as real people and develop basic facts about them. Think about their appearance and include details about their clothing and hairstyle.

Once you know how your characters look, learn more about by through this 5-step character development framework:

Imagine your characters in various situations, both inside and outside your story. The more you know about your character, the better you can shape them. Find out:

Throw all the questions at your character and make sure you take notes on everything they say. In short, follow the same steps you would to get to know a real person

2. Find Your Character’s Past

Your characters weren’t born in a vacuum. They have a past. Before you met them, they had experiences that made them who they are today.

You might not use most of this information but the past will help you understand your character’s personality, behaviour, fears, dreams – some of which you can use in your story. Don’t add backstory unless it’s necessary. Let the past influences come out naturally as you write.

Knowing your character’s family is as significant as learning about their past.

Who are their family members? Who raised them? They may have aunts, uncles, grandparents, siblings, cousins, and friends. Learn about everyone and how they influenced your character’s life. Even if they’re dead today, they weren’t always.

4. Go through their Stuff:

Imagine yourself in their house. Look through their closets, books, diaries, and medicine cabinets. What are they really like as a person? What are they hiding?

We all have secrets. It could be stolen jewellery or a murder. There must be something that your character will not tell anyone.

Also, who would know these secrets? Can your character tell his mother? Best friend? No one?

When you reach the end, your characters should be transformed in a way they can’t turn back to the beginning. Your character might lose someone, grow stronger, or commit a crime. Whatever it is, there must be change. 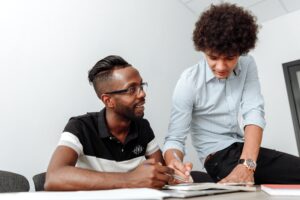 Trending
How to become a Copywriter: 12 Proven Steps to Doing it Right

What is a Flat Character?

Having one or two flat characters in your story is never bad. Of course, any aspiring author feels the pain of hearing that their characters are written like cardboard cutouts, but it’s not the end of the world!

Recognizing whether you have a flat character in your story might be difficult, especially if you need clarification on what one is. Therefore, we have included a clear definition, examples, and instructions to describe a flat character and show how to fix any flat characters you may encounter.

What does a flat character mean?

A character with minimal or no complex emotions, motivations, or personality is considered flat. They are the opposite of a “round character,” which has a fully developed profile and evolves throughout the story. Flat characters help in shaping and constructing the narrative.

A flat character is two-dimensional and lacks individuality. They typically have just one or two character traits and can be summed up in a single word.

1. Make a list of potential qualities. Employing an interesting quality to the character will captivate your audience.

3. Let your audience know when a character is flat. Don’t try to make a realistic personality out of a flat character. The audience may need help connecting with the plot. 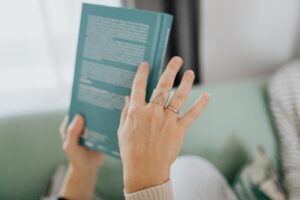 1. Benvolio from Romeo and Juliet

Benvolio is a flat character who remains the same throughout the story. He always strives to keep the two families’ peace and harmony intact. He is steady, loyal, and temperate. Benvolio’s goal is to assist Romeo in marrying Juliet.

Sherlock Holmes is a flat and static character. He can be summed up in the following three qualities; brilliant, cold and intelligent.

The Fairy Godmother is a two-dimensional character in the story. Though a flat character, she was equally important in taking the story forward. She is portrayed to be the supporting character of Cinderella.

Key Difference between Flat vs Round Character 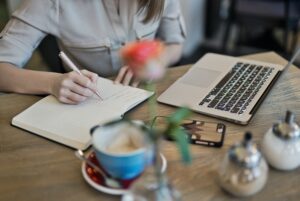 FAQs on Round vs Flat Character

What is a flat character example?

The Fairy Godmother is a two-dimensional character in the story. Though a flat character, she was equally important in taking the story forward. She is portrayed to be the supporting character of Cinderella.

What makes someone a round character?

In a book, short story, play, or movie, characters can be either round or flat.

A round character is complex and well-planned. They frequently have a significant influence on the plot. They are deliberately written for audiences to pay attention to them.

On the other hand, flat characters are more like smoke and mirrors. They lack substance and are two-dimensional. Typically, their role in a plot is tangential.

Which is more interesting, a round or flat character?

The round character of the story is more interesting because it has a prominent role in the story. In addition, readers like to read more about them because of their realistic and familiar personalities.

If you’re a writer like me, I would love to keep in touch. I have tons of writing resources and tips from my experience as a creative writer and content marketer.